My mother was diagnosed when she was 57.

I knew as soon as she failed the basic test with our family doctor. I felt like I was in physical pain—like someone had punched me in the gut and knocked the air from my lungs. I couldn’t stop shaking but I was trying so hard to hide it to protect her.

For the most part, the health-care workers we’ve encountered have been great. However, some would ask my mom questions—which at this point, she couldn’t answer basic questions—so they would get annoyed or frustrated when she couldn’t respond. Even where she is now in long-term care, some of the staff have said things like “You know you’re not supposed to do that” or “Don’t you remember?” It really shocks me.

Upon hearing the news of my mother’s diagnosis, my immediate family was in denial. It’s such a shock to realize that someone can get Alzheimer’s disease so young. Her friends were also deeply saddened, some of whom reflected on their own mortality and their likelihood of getting this disease themselves. Really, we didn’t think you could get Alzheimer’s at 57.

Then began a long mourning process…which I’m not sure ever really ends. My family and I have had many people who no longer address my mother or talk to her. And we’ve been guilty of speaking for her as well. We would give her every chance to answer the question she’s asked and then try again with fewer words or with pictures that she can point to. If then, and only then, that these didn’t work, her alternate decision-maker would step in.

We’ve also been warned quite a lot that mom will get violent. I’m aware it’s a possibility with the disease, but I personally disliked the assumption that it would happen. My mom is the sweetest lady, and if she does start to get upset, I know to simply redirect her. To this date, my mom has never been “violent.” Not once.

In the earlier stages her Alzheimer’s, my mom would frequently state that she wasn’t stupid. “I’m not dumb,” she would say. It was heartbreaking to hear her say that because I knew that she was a smart woman. It was this awful disease that was robbing her of all that she held sacred, her wonderful mind included.

People understand cancer and what it means. They show up to support you. People don’t understand Alzheimer’s disease and dementia as much. It’s so isolating and lonely for the caregiver as well as for the person living with the disease. It’s also very financially straining, especially when dementia comes on so young. But the biggest thing is the loss. My mom lost the comfort of all her most cherished memories of a life well spent in her final years.

Things don’t get better; they become different. Or perhaps you just get better at accepting things. But know this, there are still many positives. When I had my second son and started to bring him around my mom, her vocabulary came back a bit. She hadn’t been able to form sentences for a while, but when she looked at my baby son, she said, “I like him. He’s funny.” Hearing her reaction made my heart melt, and I’ve been trying to soak up these moments as much possible. 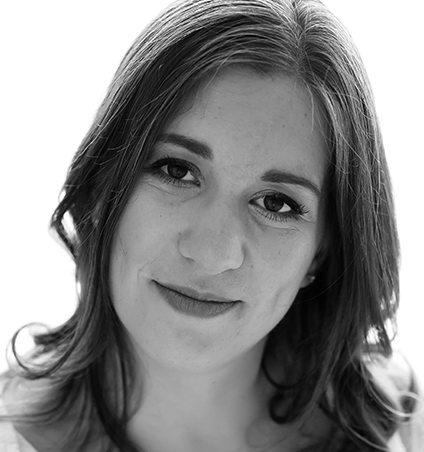