My mom was an intelligent woman. She knew the names of all the trees – white pine, tamarack, black spruce. When she became affected by dementia and couldn’t describe the trees anymore, it was sad. On some days, though, those memories would come back, and those were precious moments.

We realized something was wrong a couple of years before Mom died in February 2017. She started asking the same questions over and over, and she didn’t know my name or my sisters’ names. She’d say, “Who are you? Are you one of my children?” Sometimes she’d get agitated, and I would take her for a ride in the car so she could see the trees.

After Dad died, my sisters and I realized that Mom would have to go to live in a personal care home. When she became aggressive at the first care home, she was hospitalized for a while, and then a permanent placement was found about 16 kilometres from my home community of Peguis, Manitoba.

It was really hard to see my loved one like that – she had been so smart and witty and she always told jokes. I learned how to comfort her after I attended some education sessions hosted by the Alzheimer Society. I would put my forehead on her forehead so she would feel a connection with me, and it would calm her. One time, she even called me “Mary.”

Some of Mom’s friends would visit, but many of them drew away from her, probably to protect themselves. It would have been hard for them to see the changes, to realize that she couldn’t pronounce words anymore. I felt sad about that because I know Mom would have been there for them.

My three sisters and my brother loved her and stood by her through everything that transpired. My two grown kids were also great supports, and so was my partner, Jim – he would sing to her.

I loved her to the end, and I still miss her. 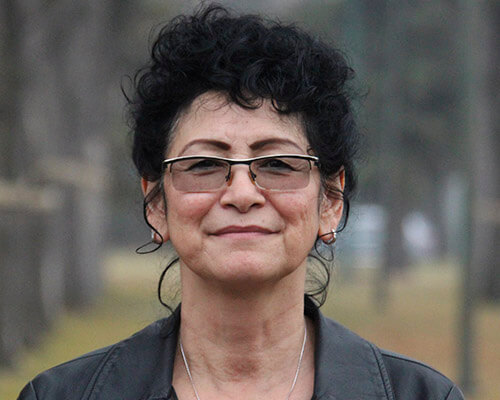