My husband, Randy, was only 53 when we first noticed signs that he may have dementia. That was over a year ago, and during that time we went through the difficult process of getting a diagnosis. Today, his dementia has progressed, but we are managing well.

The first six months were really hard. It was tough for me to deal with Randy’s anger and frustration. After he lost his driver’s license, I had to change my work schedule so I could drive him to his workplace. Then he lost his job. These were huge adjustments, and Randy was not accepting of things.

But then came the second six months. This may sound odd, but they were pretty glorious. Once Randy accepted that he had dementia, he started to show his gratefulness to me. We hold hands all the time and he hugs me when I come through the door.

I understand that Randy has had to give up a lot of control, so I try to give control back to him whenever I can. I give him the chance to make choices about small things, like choosing a parking spot. I’m the one who makes the credit card payment at the gas pump, but Randy’s the one who grabs the nozzle and fills up the tank. I always thank him when he does things for me.

I know things will continue to change, and we will have to make further adaptations to the way we do things. Right now I admit to feeling stretched. Randy’s dementia is progressing to the point where I can’t leave him alone for long. We pay for some help, and we are on a waiting list for Family Managed Care.

But through it all, Randy and I still communicate with each other. I keep him informed of all decisions, big and small, and his expressions of appreciation continue to make things easier. 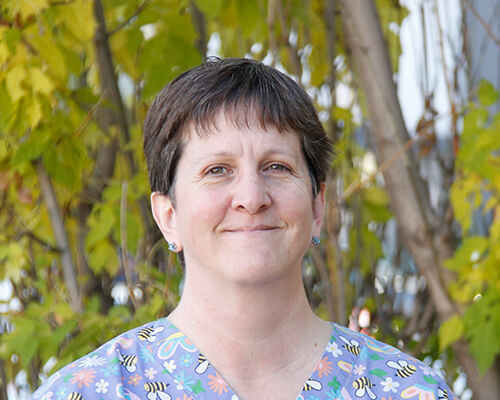 Here are some tips to help you understand: