Now that I look back, I was definitely in denial when my dad, Terry Law, started to show signs of dementia. I would make excuses for him and argue that, “He’s always done that!” I was protecting him and trying to convince myself that nothing was wrong.

My mom had been noticing changes in Dad long before she shared her concerns with my two sisters and me. It took the three of us longer to see the changes and face the reality of what was happening.

Dad was always the “go-to” guy, the Jack-of-all-trades – you could rely on him for everything. So when I asked him to wire our satellite dish, I was surprised when I had to figure everything out myself. This was my first realization that Dad’s problem-solving and decision-making skills were affected. I started to recognize that Mom’s concerns were real – that I could no longer make logical excuses for some of the changes in Dad’s behaviour and actions.

Dad was diagnosed in January 2016 at the age of 63. I was hoping the diagnosis would be something else – something that could be “fixed.” When we found out it was Alzheimer’s disease, it rocked our world with sadness and anger. But at the same time, it was a relief to know what was happening to my dad. This is when I finally realized I had to face it and not hide behind denial.

A counsellor at the Alzheimer Society got us talking about the disease, our feelings and things we could expect as the dementia progressed. We talked about how to move forward and be supportive of mom, as well as dad.

We are lucky to have a network of supportive people in our family and community. Once Mom was comfortable telling people, help came from everywhere. Friends, old and new, have assisted throughout this journey, from taking Dad out for coffee, inviting Mom over for dinners, and now going with Mom to visit with Dad at his care home. One of Dad’s sisters is a psychiatric nurse on an Alzheimer unit, so she is well acquainted with what to expect and continually provides us with support.

Our community has been a huge support. When Dad was still living at home, he got lost and ended up in one of the neighbour’s basements. They knew and understood what was going on, and they made sure dad got home safely.

It was a difficult transition for all of us when Dad moved to his care home – especially for him – but he’s starting to settle in. We visit often, and he shows emotion when he sees us. In his own way, he knows us, and we are thankful for that. 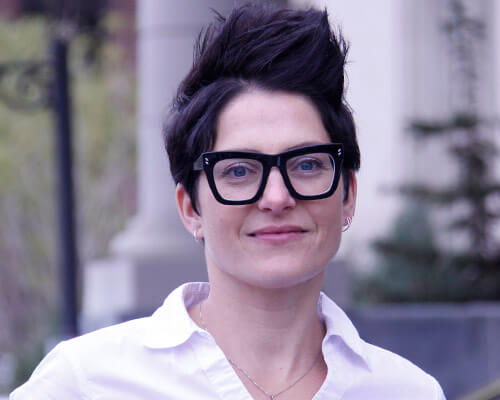