Passionate advocates and activists, Ken Walker and Mark Demers’s first dates were often at protests. Professionally Ken loves facilitating and before retirement worked to support people on welfare find opportunities; his husband Mark is a retired nurse. Both have been active in furthering LGBTQ2IA rights. Now they’re working to challenge the stigma associated with Alzheimer’s disease and other dementias.

Ken first connected to the Alzheimer Society as a volunteer, looking to find opportunities to use his facilitation skills meaningfully. He was a support group facilitator for several years before he began to experience issues with his memory. Between Ken’s experience with support groups and Mark’s medical background, they knew the right questions to ask – but it still took two years before they received an official diagnosis in 2015. Initially they were told Ken had mild cognitive impairment, but six months later he was diagnosed with young onset dementia. Ken was 58. The diagnosis brought a sense of relief after the uncertainty, a moment of clarity before a period of grief. They were lucky to have a community of friends around them for support. Ken eventually joined an Alzheimer Society support group – getting to experience it from the other side – and Mark took part in education for caregivers.

Ken and Mark say they don’t feel they’ve experienced the effects of stigma directly. However, they suspect there are people who have stopped reaching out because of it – out of fear or uncertainty, or because they are unsure what to say or how to behave. “Part of my dance is making it normal,” Ken says. “There are a lot of people who hide at home when they’re diagnosed, who don’t share their story. If I have dementia, I’m going to be open about it – when I’m out talking to someone and mix up my words, I’ll just explain that I have dementia.”

Mark says that in his experience, people often try to disguise their symptoms because of stigma. “They waste a lot of bandwidth trying to disguise that they have dementia. Something we know from being gay is that shame can undermine relationships.”

Ken and Mark think that people’s attitudes toward dementia are changing, but it’s not enough yet. “I want people to understand that life can still be full when you’re living with dementia,” Ken says. “It takes work – I have had to learn about my boundaries and focus on the things I care about.”

I'm wondering how to help a loved one (73 years old) who is in denial about what is going on with their health, or perhaps doesn't recognize that things have changed. We know how important it is to keep the body and mind active, but our loved one doesn't have the motivation.

Bayshore HealthCare and Best Buy have partnered together to bring the Assured Living system to Canada. Assured Living provides a non-invasive form of home monitoring so that loved one's can monitor, check in and ensure the safety and wellness of their loved one. I think this would provide great value to Ken and Mark and do hope others check it out!

I am 55 yrs old and was diagnosed with Dementia on July/2019 . I don't like going out much because of the way people make me feel uncomfortable . I often get funny looks and rude whispers . There's not many programs for someone my age to got to . I went to the Alzheimer's Society for a seminar about it . The day programs are mainly for people 65 and older even the memory clinic here is for older people so I have to travel which is hard due to me losing my driver's licence . I get my driver from the Red Cross for my appointments . I have to use a cane due to swelling in my leg which makes it hard to get around . I was taken off of work on Oct/2019 . I think that it would help a lot if people knew and realized that this disease can hit at any age it's just not for the elderly .

Such a beautiful story. Thank you for sharing

“Let us help you understand.” Learn how Canadians living with dementia are shining light on the stigma they face. | Alzheimer Society Blog 1124 days ago 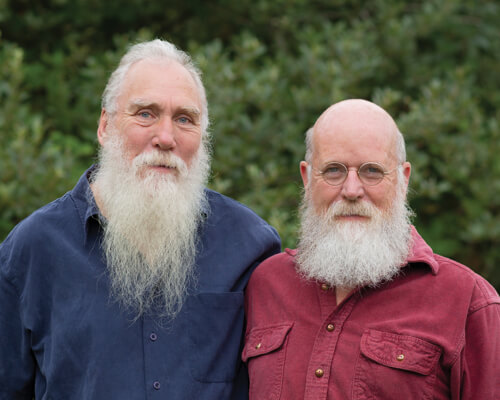 Here are Ken and Mark’s tips to help you understand