Note: Catherine Ann’s mother recently passed away. We are grateful to Catherine and her mother for having shared their story.

My mom was diagnosed with vascular dementia in January 2009.

In November 2008, she had a stroke while visiting my brother in Halifax. We had no idea whether mom was already in the early stages of dementia before the stroke occcured. It was thanks to being in the health-care system that the diagnosis could reveal it. In fact, she was diagnosed with Alzheimer’s disease in Nova Scotia, and later with vascular dementia in Ontario.

I was working at home when my brother called to tell the news. I remember walking down the stairs in my home in Ottawa, the house filled with the smell of cooking as my partner Wayne was making dinner. But when my brother said the word, “dementia,” I stopped immediately.

As my brother kept talking, I sat on the stairs, frozen with fear, thinking with a reluctant clarity: “Holy s–t, this is really happening.” I wanted to know if the doctors were sure; I wanted it to be anything but dementia. I sat there, and I let it all sink in.

Mom was diagnosed in Halifax at the Halifax Memory Clinic. After the stroke, she couldn’t live on her own. My brother and I co-cared for her, along with our families. For three years, my mother would travel from Halifax to Ottawa or Sioux Lookout in Ontario to be with us. In December 2012, my partner and I moved back to Newfoundland so that mom could be at our family home for her final stages.

Because of this travel, mom has been in and out of health-care facilities in Newfoundland, Nova Scotia and Ontario. Throughout our eight years since her diagnosis, we’ve met some amazing nurses, doctors, occupational therapists, physiotherapists, and mental health workers. We’ve seen the good side of the health-care system.

But there have also been challenges. Many health-care professionals stopped talking to mom as her dementia progressed. As my mother’s advocate, I saw my role as facilitating the health-care professionals to speak with her, to acknowledge her as a  human being, and to ensure the conversation was happening with her—not to her, nor around her. There’s no doubt we sometimes act awkwardly around people with dementia. I’ve seen it everywhere.

My brother and I were organized, however. Mom had plenty of life left to live. She had many good years ahead of her, and together we were going to make the best of them. We told everyone what was happening, just so that the news was out there in the universe.

Mom was amazing then, and is still amazing today. She embraced her new day-to-day life, singing “One Day At A Time,” constantly. She truly lived it—it was her mantra. My brother and I adjusted our home lives to ensure that mom had meaningful things to do, things that gave her a purpose and a role in our homes. She was a fully contributing member of our households.

Mom’s lives in Nova Scotia and Ontario were fulfilling, yet very different. In Halifax, she had day programs, time with her grandchildren, and plenty of family time with my brother and his wife, Jaime. In Ottawa and Sioux Lookout, mom attended community functions with me, participated in senior’s socials, and enjoyed our many dinner parties. At her first dinner party at my home, I remember that she was slow to come downstairs. When I went upstairs to chat with her, mom expressed nervousness for how the evening would go; she was self-conscious about being able to follow the conversation.

I told her what she told me as a child: You are amazing, and who you are is enough. This was the reality, and she couldn’t avoid people. I told her that she needed to live. So, she did! Mom came downstairs, and when friends arrived, she immediately said, “Hi, I’m Isabel, Cathy Ann’s mom. I had a stroke and I have the dementia.” For years, whenever she met people, this was her opener. It was awesome.

I feel that mom’s social life was much fuller in Ottawa, Sioux Lookout, and Halifax. Our friends

engaged with her wherever she was, and though they grieved who she was, they accepted who she is now. But in Newfoundland, it was much different. I found that many in our family and community stayed away. They were really caught up in what was lost, not who was there. The transition back home was an extremely difficult.

One day, mom asked me what she wrong: Why didn’t people come by? I told her they were scared and uncomfortable around dementia, and that was on them, not her. That was a hard day for me; I remember feeling so sad and angry. Over time, though, I’ve lost that anger. I can accept that people do what they can do. However, there is a lot of education about dementia that we need to spread around.

Really, it’s ridiculous to not visit someone because you think they won’t remember you—that doesn’t matter! You visit them to brighten their day! They don’t need to know who you are.

I’m naturally a positive person. My parents raised my brother and I to be hopeful, to not be a victim of circumstance, and to always work at making a situation better. They fostered the notion that community was a verb, an action.

Connect. Reach out. Call someone who is living with dementia, or call their caregiver. Make yourself available, and accept that you may feel uncomfortable, but it will go away the more time you spend around the person with dementia. If it doesn’t, then know that you’ve tried your best, and there are still other ways you can help. Maybe you can’t connect in an intimate way, but you can gift them a coffee card and arrange for a couple of extra hours of in-home care so that they can use the card. Remember, there is always something you can do. Always. 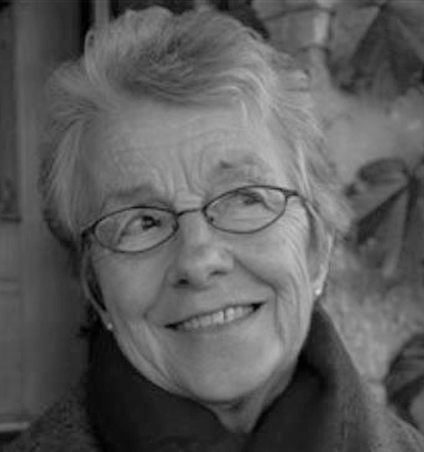