All during our married life, my wife Beverly and I had a mantra: “Live. Laugh. Love.” Even though Beverly has dementia now, we still live by those words.

Beverly was still teaching grade two when she first realized something was wrong. She’d be taking her class of seven-year-olds to the gym and she’d forget where she was going. But Beverly was clever – she found a way around it. She’d say, “Who was listening? Who knows where we are going?”

That was back in 2005. We went to the doctor and were told that she had mild cognitive impairment. While she left work in the middle of the school term that year, I was hoping her condition would stabilize. But as the years progressed, she continued to develop symptoms, such as repeating questions, being confused and feeling sad, angry and frustrated.

In January 2017, we finally heard the word “Alzheimer’s” from a Geriatric Health Team member. I denied it at first, and only told our adult children about it. But when Beverly went to a care home last January, I started opening up to friends. I found that to be helpful because lots of people know others with dementia, and therefore I get lots of indirect support!

As Beverly’s dementia progressed, we had a tragedy in our family: our oldest daughter, Krista, died of cancer when she was only 35. Beverly always used to ask, “Where is Krista?” I finally had a ring made with Krista’s name on it, and Beverly would kiss it. Now, though, she doesn’t seem to know what the ring means anymore.

It’s painful for my son, daughter and me. Even so, I know that I have accomplished a lot with Beverly, and it brings me meaning and purpose to be her caregiver. I used to think I wasn’t doing a good job. She would say, “Fix me, Gavin.” I’ve learned that, while I can’t fix her, I can do the best I can for her. Caring for her is not just something I have to do. It’s something I want to do.

Beverly was a positive person, and others were drawn to her. She’d tell people, ”You’re beautiful!” Just recently, she said that to me. I am glad I am beautiful in her eyes!

Moments like these show me that we can still live, laugh and love. 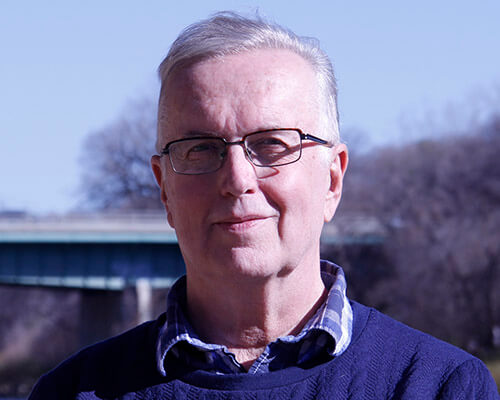