After I had an aneurysm a few years ago, my wife, Elaine, recognized that something was changing in me, but she thought I just had “selective listening.” In retrospect, we now know it was signs of memory loss because I was diagnosed with dementia in November 2016.

But then I realized there was nothing to be ashamed of. Elaine and I deal with problems as they come up. I know I can live with it. You have to get to that point, and it helped that the people around me were understanding. My kids said, “That explains a lot.” They were glad to have an explanation for why their dad was forgetting things.

We told our friends and neighbours so they would know what was going on. One time I didn’t recognize an old friend. When I realized who it was, I told him that I have dementia and there are times I don’t remember who someone is. My friend told me not to be embarrassed, which was great because in our family, we don’t try to disguise who we are. This comes naturally to us because one of our adult children is mentally challenged. We are used to explaining that our son may not be able to do some things, but he can do a lot of other things very well.

I don’t feel stigma, and that may be because I’m still able to go about my day, which includes visiting neighbours because I am a social person. They treat me the same as they always did.

It’s important to understand that getting dementia is nobody’s fault. Elaine and I know that, and we are happy that the people in our lives understand it, too. 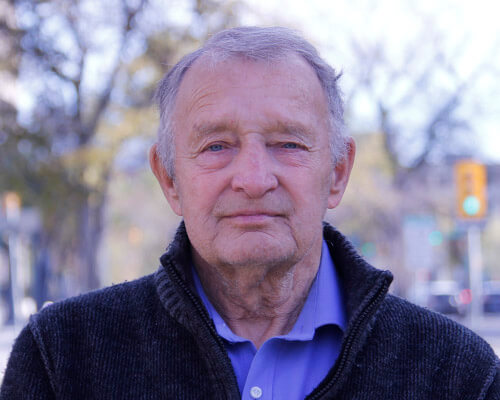