I was a caregiver for both my parents, from the time their mental capacities began to decrease until they died.

My father showed signs of memory loss first, and things declined over about five years until he died at 90. We saw significant changes and pursued a diagnosis, hopeful that beginning early medication would slow his memory loss. From that perspective, our initial response to his diagnosis was positive, because it meant we could take action.

However, the diagnosis was not as welcome once the reality of daily care set in. At times it was torturous – watching this incredibly intelligent man, a respected father and a pillar of the community, become progressively unable to participate in activities that at one time we all took for granted.

Although we were blessed with so many supports, the grief was still there – the daily loss, and the impending fear of no longer being recognized by Dad. Yet he was also happy to be part of wherever he was.

My mother was very much a part of his care and did her best to be present for him. What we didn’t understand, as quickly as we should have, was the amount of stress she was under.

She attempted to maintain order while her own situation was swiftly moving to an experience she didn’t recognize or understand. I believe the level of stress was over the top for her. We may have added to her grief as it factored into her memory loss.

My mother was never formally diagnosed. She had suffered several suspected strokes and we assumed her memory loss was the result of those. An official diagnosis was not as much of a focus for me as ensuring she was out of harm’s way and seeing that she was well looked after.

In many ways, not having a formal diagnosis made it more taxing with Mom, because it was more difficult to get all family members on board with her condition and need for support.

In terms of medical care, my parents’ doctor was amazing. He provided information proactively and helped access support services when that time came.

As well, the geriatric team was attentive to all our needs. We were truly blessed with home supports, and although it was a stressful experience in general, the support team couldn’t have been more helpful.

For both of my parents, interactions with their friends dwindled to a precious few.

When Dad was first diagnosed, our friends were very gracious. They embraced him as if he were the person he had always been. When he wasn’t present, it was more difficult for them to communicate with my family. They seemed to feel awkward, not knowing what to say while we were struggling with the loss of the father we knew.

As his condition progressed, the circle of visitors decreased. There was a couple who faithfully dropped in, engaging him in ways that reminded me of who he was. They reminded him of past stories, which was wonderful. However, for the most part, people felt that if he no longer remembered them it was not necessary to visit.

That was one of the most frustrating things. I watched Mom become increasingly more isolated. When people stopped visiting, she too lost outside contact and had to endure the stress of isolation.

Dealing with stress as a caregiver

Stress is a big thing. The stress resulting from living with someone with dementia is a lot like the frog in a pot of water that’s being brought to a boil – the incremental changes are subtle and detrimental.

Caregivers just keep adapting without realizing these changes are happening. They can’t see the stress accumulating. Ultimately, they can find themselves in a health crisis of their own.

An outside perspective is so important. When you have a friend or family member with dementia, don’t assume your relationship is over. In fact, you now have an even more important role to maintain normalcy and stability for the person who is diagnosed, even when you think it’s not being acknowledged. 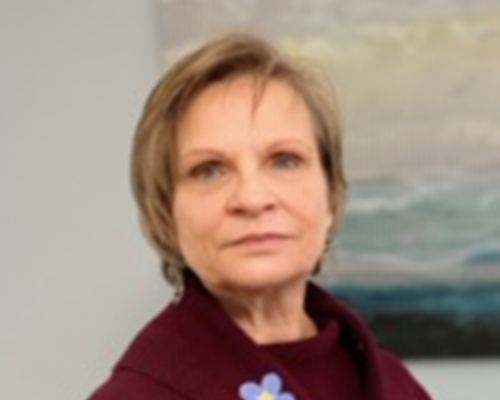