My Alzheimer’s story began when I was first diagnosed in December 2016. The news was that I had young onset dementia (YOD)—specifically, Alzheimer’s. I was only 57 years of age. It was difficult news to hear and I couldn’t believe it. I was retested in the spring of 2018 as I did not present as having young onset, but the retesting confirmed the initial diagnosis… YOD, probable Alzheimer’s. I was in disbelief with the information! Dementia? Really? Alzheimer’s? There was no family history of the disease and I was still working full time and driving. I told myself the testing must be wrong.

Over the course of three years, my wife and I encountered a variety of interactions and reactions with healthcare professionals. They were always professional, but they did not listen! Our comments were either not acknowledged, or they were normalized—I was “getting older,” you know, or it was stress. In two cases the physicians didn’t believe the diagnosis, as I didn’t (and still don’t) present as having such a diagnosis.

Finally, one neurologist paid attention to the issues and challenges and a referral to a neuropsychologist was made in 2016. We decided to go private to avoid further lengthy delays in the healthcare system!

While both physicians delivered my diagnosis in a caring and compassionate manner, at the first results appointment all I heard was, “get your affairs in order.” This included appointing a Power of Attorney, ensuring wills were in place, having my work supervised, seeking counseling, etc. This further added to my disbelief and stress and I left with a sense of hopelessness and a feeling that my life would never be the same! At the appointment to get the second test results, I really thought and expected the outcome to be different. While the neuropsychologist delivered the message in a caring and compassionate manner, he, too, gave me advice on getting my affairs in order. Hearing that message AGAIN was painful, frustrating—I wanted to scream. Being told this now twice, to get my affairs in order, really!!!!!!! F***… so now I’m accepting it, I guess.

Initially, we held off sharing my initial diagnosis in 2016 because it was too close to Christmas and I still didn’t believe I had YOD. I anticipated my friends and family to react like me… and they did… they were in disbelief and shocked.

Over the course of time, comments from friends included:

– “And you’re still driving?” (they actually said this)

– “You’re still working? So when are you quitting?”

Others simply did not know what to say. Awkward moments, so redirection was the key for me.

Sharing my diagnosis was extremely emotional for my family as this was new for us. We were fortunate to not have had any direct experience because dementia did not exist in our family. We were so unaware of this new world topic. When I first broke the news to my family, not a lot of questions were asked, if any, as no one really knew anything about dementia, including myself. My symptoms were not as visible to them. I’m fortunate to have an amazing supportive family!

My wife, on the other hand, suspected dementia before I was diagnosed, as she works in the healthcare sector with an organization that supports people living with dementia. I still can see her face the day we were informed and I wondered (and still do), how she really felt and managed that day. She shared my tears, but we survived the moment.

I had my own stigma around dementia, that it was “an old person issue.” I assumed it was only people in late stages of life… someone in their 80’s in a nursing home, a secure unit, medicated, who needed assistance in doing almost everything with limited recall or recognition. I felt certain that someone with the disease could not drive or hold a job or carry a conversation.

Although it’s easier said than done, if you are diagnosed with dementia, embrace it and accept it, BUT then move on and live as best as you can. Don’t waste your time fighting the diagnosis. Focus on living who you are in the moment. Try not to live the diagnosis.

If you or your family suspects that you may have a memory issue or change in behaviour, PURSUE it! Be persistent in telling your doctor what you have been experiencing or observing and don’t give up. Keep telling them again and again. Then contact your local Alzheimer Society for support! At the end of the day, it may NOT be a form of dementia but another medical issue. If it is a form of dementia, you can take control of it as best as you can. It’s like any other disease—an early diagnosis means an early intervention and a chance to change things as best as possible. Ignoring it will not benefit you or your family and will only make things worse in the long run.

Empower the person living with dementia—don’t feel sorry for them or take over what they can still do. Encourage them to continue what they can do. Maintain routines.

As a family and community, like most things in life, we need to start a conversation about dementia. The more we share and listen, the more we learn and can support. Such relearning will fade away the stigma associated with dementia and it will become a thing of the past. #StopTheStigma

January 8, 2019: Audio: The Alzheimer’s Society of Canada releases a new campaign to better the lives of people with dementia: “Yes. I live with dementia. Let me help you understand.” [starts at 39:56] (via Kelly and Company) 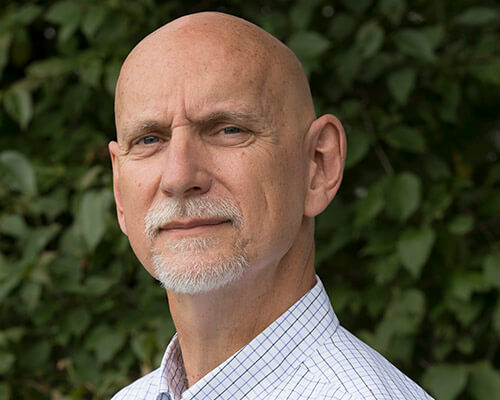