My husband, Yves, was diagnosed with Alzheimer’s when he was 63. His condition worsened after a 12-foot fall. In the end, he was transferred to a trauma center and then to a long-term care home; he would never come back home.

Before the diagnosis and the accident, Yves was running half marathons and had more energy than our three grandchildren! He had a great career in the audiovisual industry. Unfortunately, at 63, he was going into long-term care. My husband, so young… diagnosed with Alzheimer’s disease! That was a shock.

I’m an HR professional, but nothing had prepared me to become a caregiver. I went into “survival” mode.

Before his accident in 2017, I suspected something was wrong. Yves was becoming disoriented – losing his keys and he was unable to drive alone to see our children or go to the grocery store. He had difficulties doing simple math or a puzzle with the kids. He couldn’t make a decision. And he was becoming more confused and anxious.

After getting some information from the Alzheimer Society, I realized that my husband had been showing symptoms of cognitive impairment well before 2017. Alzheimer’s disease had slowly affected his ability to think and act. In my opinion, it’s affected his judgement and coordination, contributing to his accident.  At the time, we were unable to recognize the signs.

Today, thanks to my family and friends and the Société Alzheimer Rive-Sud, I feel less anxious about living with dementia. Though the challenges change all the time, I’ve learned how to cope and adapt.

After finding Yves a permanent spot, I discovered that, unfortunately, no long-term health home by itself could answer the needs of a young person living with Alzheimer’s. The supports that my husband needed required creativity and multidisciplinary resources.

Now that I’ve seen how much his judgement and memory have changed, I can work with him to get through our biggest challenges, with the help of the medical team of the nursing home where he resides in Chambly.

Today, Yves is able to walk, speak and read; he has also found his appetite again. We keep him busy so that he feels he has a part in his new environment and community, while managing his anxiety.

When his days are not so good, his contact with kids helps lower his anxiety. In fact, the home where he resides has a daycare. This is really a winning formula for both the kids and residents.

Music therapy also helps Yves because it reduces his agitation and helps him express himself. There’s also the continuous training of the health-care team, preparing them to respond to my husband’s changing needs and make his daily life easier.

The diagnosis was tough on our three children. Some of them are worried about developing Alzheimer’s disease, or have difficulty accepting Yves’ diagnosis because he’s so young. For friends and other family members, it’s utter dismay to face this disease that, to date, we struggle to understand. A discomfort has set in. Many of our friends are beginning to distance themselves.

The lack of understanding and fear of Alzheimer’s disease makes people feel sad and uncomfortable and focus on their own pain. People tend to walk away and forget about us. We feel isolated, which makes our situation worse. It feels like we’re living in a world where we are excluded.

However, our three grandchildren have adjusted pretty well – they’re close to their grandfather; they share a special bond. The joy that children bring can never be underestimated. Intergenerational relationships are empowering.

I believe that Alzheimer’s disease and other forms of dementia are still a big mystery for the general public and a great source of discomfort. People think it’s an “old person’s disease,” which prevents us from having frank and open conversations sooner rather than later.

Let’s stop whispering the word “Alzheimer’s” because we’re afraid or ashamed of it. Let’s avoid changing the radio station or the TV channel to escape talking about this important subject. By getting out of our comfort zone and talking about this disease loud and clear, we can move from words to action.

Knowing and learning more about the disease allows us to suppress our fear, tame the unknown and give ourselves the strength and means to face it with renewed hope. We need to act, now, because the needs of people living with dementia are huge.

Equally important are the needs of family caregivers like me. Providing care to a family member with this disease has repercussions on our financial and personal health as well as on our professional lives.

WHAT WOULD YOU DO?

Based on my experience, I would invite police, hospitals and long-term care homes to invest more in training their teams to improve their specialized and specific core competencies as they relate to interacting adequately with people living with dementia… because it’s the approach that makes a difference!

I would invite young people, women and especially men (important, because men are rarely available as companions) to get in touch with their local Alzheimer Society and volunteer. By spending time engaging with people with dementia, such as playing games with them or music, they can help give the caregivers some relief.

I also think correctly identifying people living with dementia during a stay at the hospital (i.e., with a colour bracelet) could help avoid leaving the person alone during transfers from one care service to another. Hospitals should offer a safe place for them with the appropriate supports and/or provide a patient attendant service.

I’d also make more room for discussions. Giving this growing degenerative disease more visibility ensures it will be treated as a priority and as a pressing health issue. In addition to ongoing efforts in dementia research, it’s crucial that people living with dementia and their caregivers have the supports in place so their quality of life can improve.

Hi Lyne, My Mom was diagnosed at 68. She is on the waitlist for longterm care. My Dad has struggled with it alot as he is doing his very best, but does not have the caregiver nature. Most of my moms friends stepped away from her and my dad is very private so will not ask for help. It has been a very hard journey and we have miles to face still. Thinking of you and your journey.. A caring daughter in BC.

My hubby was diagnosed at 61 (I was 54 \& on disability myself). Our stories are similar. He's had 2 strokes. We've been apart 18 months now. There is only one hospital in Alberta, thankfully its here in Edmonton, with 150 beds dedicated to seniors with a variety of mental health issues, who cannot safely be placed in the community. So he has been in the Alzheimer's secure unit there since July. He went thru long period of psychotic episodes and is now ready to.be placed in ling term. I understand all about the friends not coming around, the ones who do, the stigma and the reality of our health care system. I really think all long term care facilities need a psychiatric component to them. Best of luck. It's a tough road.

My husband too has early onset Alzheimer's. diagnosed at 53 and is now 59. How old was Barb when she went in to long term care? We too are using every opportunity we can to use ourselves as teaching tools to the public. We have encountered all the same as you in peoples reaction. It is also more difficult with us being the sandwich generation, taking care of our parents, children at home or with new families themselves and having a spouse with Alzheimer's. It being a spouse is so different. We are also advocating with Alzheimer's Society of Niagara and within our new Health systems as a family advisor voice. We need to help make a difference. Our theme has been "We Choose Happy!"

My husband also has been diagnosed with Alzheimer's 2 years ago but has had it longer he will be 67 and I am only 55 and still working and I have been scared to reach out for help but it's time to find out more about this awful disease. 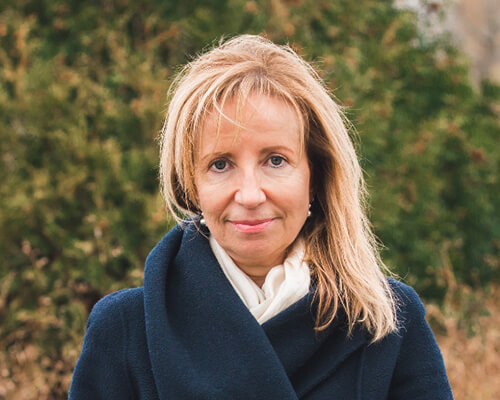