I have often said that my initial reaction to my diagnosis was like receiving a kick in the teeth. All of my future plans seemed to go out the window. I was told that with an early diagnosis and being put on medication that I may expect up to five good years before I would need full-time care. Basically, I was told to go home and get my affairs in order.

Now at 77, my doctors are telling me to do whatever it is I’m doing because they don’t know why I have continued to do this well for this length of time.

When I was diagnosed, my family was very supportive. They reacted with love and care. Some of my friends were surprised to hear the news, perhaps because I was relatively young, but I never felt like I was abandoned by anyone.

I wouldn’t say I have experienced stigma and I try to get involved in whatever is going on provided I’m interested.

The neurologist had said “try these” and wrote a prescription. He filled in a form that I could use so that I wouldn’t have to pay the full price of the prescription.  That’s it.

I started taking the pills. They made me vomit but my doctor didn’t seem too concerned. Within a few months, I was eating baby food, so I could keep my food down. It got so bad that I went to a walk-in clinic and was given a prescription for stomach pills – and I never returned to my doctor.

Isolation is a huge issue for anyone living with dementia. People who I thought were my friends suddenly made excuses for not wanting to see me, or they wouldn’t bother showing up. The isolation grew worse when I could no longer drive.

Corinne, my daughter, was and is my greatest source of support, but she lives very far away, as do my stepson and stepdaughter.  They were concerned when I was diagnosed.

Stigma can happen anytime and anywhere. For example, once when I was checking in for a flight, the man at the counter was telling me about my times, gates and boarding pass. But then he looked at a piece of paper and asked who is the person who needs assistance? When I told him it was me, all he had to do was point me to the right gate. Instead, he completely disconnected eye contact and only spoke to my friend who had given me a ride to the airport. I was no longer a person. People patronize and assume I’m incompetent.

I believe the public’s attitude is being changed one person at a time. Other stigmas have gone by the wayside over time. Alzheimer Societies across the country are to be commended for their awareness campaigns.  They are working. 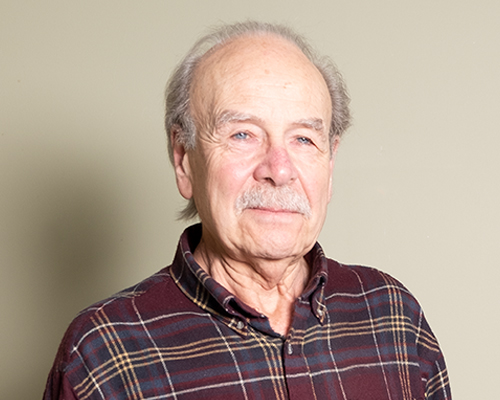