My testing was conducted in July 2018, but I didn’t receive the official diagnosis until October. I was 59.

I knew that I was having some short-term memory problems and issues finding words. Still, to be told that my diagnosis was mild cognitive impairment (MCI) was a real shock to my wife Wendy and me.

Following my diagnosis, my neurologist referred me to the memory clinic in Ottawa to continue my follow-up. I made my first visit this past November, and the next steps of my treatment are being determined.

As my situation was caught early, the only person who really noticed anything prior to my diagnosis was my wife. Since then, we’ve told most of our family over the past year. Their reaction has been positive and they’ve been very supportive of Wendy and me.

As well, the friends whom I’ve informed about my diagnosis have also been supportive of me.

So far, I’ve personally experienced only one instance of stigma directed toward me.

It occurred with a family member who had previously been through a difficult time when dealing with another family member with Alzheimer’s. Once he was told I had MCI, he started referring to me as “the other man” in the room when talking with my wife. It was almost like I had suddenly become a non-entity to him.

During my research, I’ve been reading about “self-imposed stigma”. This hits home with me. I fear that, as things progress, I will become a burden to others — specifically my wife and family.I also fear the loss of my independence. Ultimately, I fear the time when I will lose my memories and am no longer able to recognize my family and friends.

I believe that people’s attitudes are changing, but still have a way to go. Over time, people have become more aware about dementia through information provided by the Alzheimer Society, from physicians who are better educated about dementia and through the proliferation of information from other sources such as the Internet.

Additionally, as our population is living longer than we did years ago, I also believe that more and more people personally have experienced living with family members who have Alzheimer’s or another form of dementia.

In the past 15 years, both my wife Wendy and I have lived through having three of our four parents being diagnosed with and ultimately dying from Alzheimer’s and dementia. As a result, we enter the next phase of our lives together knowing — and in some ways, dreading — the possible challenges that we’ll have to face together in the coming years.

Stepping through the doors of the Alzheimer Society last year, after I was first diagnosed with MCI, was one of the hardest (and best) things we ever did. Together, we’ve taken the opportunity to further educate ourselves about dementia and MCI.

We’ve joined in on some of the social and support groups offered through the Society office in Kingston, and along the way made new friends with whom we have something in common. We’ve all faced similar challenges.

We are choosing to continue to live our lives in the moment. We don’t dwell on what challenges the future may hold; we take each and every day as it comes. My life isn’t over just because I’ve been diagnosed with dementia. It does not and will not define who I am. I am still me inside — the same person that I was before my diagnosis. 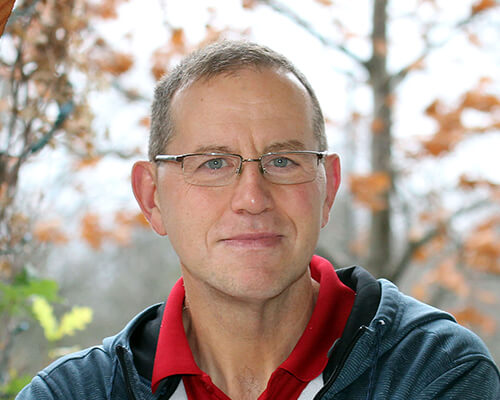