My wife, Lise, was diagnosed in October 2018, when she was 71 years old. At the time, she was working part-time cleaning offices.

When she was diagnosed, I immediately contacted the Société Alzheimer du Centre-du-Québec in Victoriaville to get more information.

We were sent to a neuropsychology service to take additional tests. However, we were unable to make the first appointment for several months. We then went to a private practice. Université Laval sent me to the memory clinic in Québec. One week later, we had an appointment. The doctor met us individually at first and together after that; he’s the one who confirmed the diagnosis. I was very satisfied with his services.

If you or a loved one is diagnosed, be well prepared to announce the news to the people around you. After we broke the news about Lise’s diagnosis, members of our extended family wanted to call her more often.

My daughter wants to know everything about the disease. My son is different and doesn’t bother more than necessary. He knows his dad takes care of his mother.

We don’t talk publicly about the disease very much, and people who don’t know about Lise’s diagnosis do not recognize that she has it.

Ten or 20 years ago, if the subject of Alzheimer’s came up people would say it’s too serious a topic and would have changed the subject. Today, people ask questions and they are interested in knowing more about the disease. Everybody knows someone who lives (closely or not) with the disease.

I would like the media to take an active role in presenting Alzheimer’s in a more realistic manner. Novels like Une autre histoire, which explains the life of a woman who is living with young onset dementia, could be adapted for television. More coverage of stories on the radio and more books on the subject, as well as more conferences, would also help. Spreading the word about the disease through wide audiences could make a real difference. 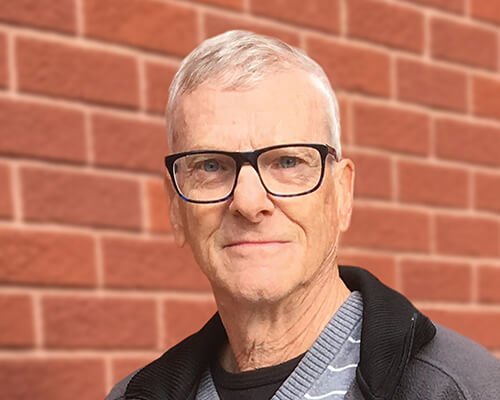