I was diagnosed with Lewy body dementia in 2016, when I was 69. I knew something was wrong, I just didn’t know what it was. Still, I didn’t expect the diagnosis.

In the beginning, there was a sense of isolation. Lewy body disease can be hard to diagnose, because Parkinson’s disease and Alzheimer’s disease cause similar symptoms. With this form of dementia comes rough nights and hallucinations. I know what a dream is, and what a hallucination is – and what I’m experiencing are not dreams, they are something else.

As things have progressed, my friends have been supportive. Friends are friends; they will try to ingratiate and make you feel better. They don’t know how, necessarily, but they do try to help. Though you understand what they are trying to do in being empathetic, somehow you have a sense that there’s no use in even trying to explain certain things, like how it’s not the same as when they “forget their keys” or something like that. No one’s really going to have the time.

My family has been supportive too, always asking if there’s anything they can do. One of the more humorous examples was from one of my adult children. The first thing he said was, “Dad, is this, like, contagious?” and I said, “I don’t think so”. I thought that was quite humorous and so did he, but both of us knew it was a real concern and he wanted to know. Particularly with regard to my wife, Naome, this was her work and her life on a daily, monthly basis. She’s not retired – she is a full-time caregiver to me plus she has a full-time job.

In terms of stigma I have faced, initially I would say it hasn’t been a factor. I say that because my personality and philosophy can be sometimes amusing. My way of dismantling the condition is to dismantle the psychological structure. For a while, I didn’t face any stigma. I think people sincerely tried to treat me in a way they thought was appropriate given they didn’t know what was appropriate.

I think attitudes have changed but just marginally. For instance, I can go out in a public setting, and most people wouldn’t really know what dementia is, and many wouldn’t really be able to talk much about dementia. There is a tendency for people to wrap it all up under a single banner of Alzheimer’s rather than dementia, and I can tell you that Lewy body dementia is different than anything I thought dementia was about. Like most things in life, when you are trying to draw attention to something, it takes time and some dollars to bring attention to it.

Here are some of the things that happen to me, and maybe if you read them, you can get a better understanding.

Some final advice. If you have dementia tell your stories. Tell others what it’s like. They need to hear your stories and hear your experience to understand. Your stories will help you come to terms with who you are now – more importantly, who you are becoming.

If you don’t have dementia, ask those around you who may, so they can tell you their stories. You will learn a lot.

I have dreamstreams in my life.
Right beside this dementia
It flows
But not a dream
Tracks right beside dreams
Like a rider
But it’s not a dream
It’s something else
I know how to spell
And I know how to forget
This is neither
It’s a close call
Almost a rub
And now I can’t trust.

Thank you Leonard SO much for sharing the details about Hallucinations/disorientation and Trust. My Mom was never officially diagnosed (but certainly not from me not trying to get help for a couple of of years). Anyway the important thing is, now she is safe and in Long Term Care. I have scoured books and resources looking for examples of what a person with Dementia is *actually experiencing* which you have spelled out clearly! THANK YOU SO MUCH! My Mom would roam around the house all night with her flashlight and complain about the *invisibles* taking her things, and said they came and went by a bus in the basement. Without Dementia patients sharing concrete examples of their experiences vs blanket statements about *feeling confused* or *seeing things* it's so hard to relate to what you are really going through. So thank you again Leonard! I hope you continue to share your life for others to learn and benefit from, and possibly get earlier diagnosis and treatment.

Thank you Leonard for sharing your personal story...I am caretaker to my husband who is also 69...he diesnt have any if those symptoms, because i think it is Vascular Dementia. He still doesnt talk about his diagnosis although he is quite aware there are things he can no longer do. 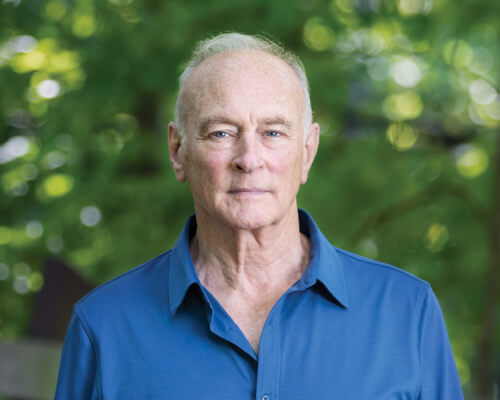