Leonard was diagnosed officially in late 2016. It took about a year to go through all the testing to finally receive this from a neurological psychiatrist. But we certainly noticed symptoms for a number of years. For me it was at least three years that I was becoming concerned.

Lewy body dementia is very different from Alzheimer’s and other forms of dementia. Memory issues per se were not the leading issue and Leonard is definitely in the early stage of dementia.

The first symptom we noticed was extreme acting out during sleep, affecting the safety of the both of us. Leonard then started to report hallucinations and a feeling that people were in the house.

Autonomic nervous system symptoms include: Visual-spatial difficulties and seeing pixels (he was finally sent for neurological testing after an eye specialist said that “This appears to be a software issue not a hardware issue”); smell impairment (being unable to smell skunk secretions even inside our home); digestive issues and constipation; increase in urinary tract infections; and delusions, paranoia and idea fixation.

My initial reaction to Leonard’s diagnosis was sadness, but also relief. I wasn’t imagining that something was not quite right! And the medication prescribed did make a significant difference in Leonard’s cognitive abilities and hallucination, initially. He recently had his dose increased.

I had already begun doing some of my own personal research and had suspected Lewy body dementia, but once it was confirmed, both of us went through a myriad of emotions – sadness, questioning (what caused this? now what? etc.), fear of the future and the unknown, agitation and a thirst for knowledge and support. It was a roller coaster of thoughts and emotions.

Healthcare professionals have sometimes been sensitive and helpful, and other times suspicious and resistant. The Alzheimer Society has been phenomenal right from the beginning. We wish they had more funding for early stage groups, activities and counselling.

The neurological psychiatrist has been respectful and supportive throughout everything we have addressed since the diagnosis (we see him every six months). However, this was not true all the time. Other doctors in our lives as well as emergency workers were not familiar with Lewy body dementia and the side-effects that can be caused by general anaesthetic or anti-psychotics. So, patience and education are required.

The truth is that many healthcare professionals don’t know any more than the general public, and this is why Leonard and I are happy to raise awareness of this disease.

When I told friends and acquaintances about Leonard’s diagnosis, everyone was sad to hear it, although only a few people really asked much about it. I think assumptions were made based on their previous history with grandparents or old people they had heard about. So, they assumed the same thing about Leonard, except he was younger when he got it. The most common misconception is that dementia equates with memory loss. And memory loss has not been the first or often the most significant issue Leonard has had to face.

My mother passed away from dementia a few years ago, so my sisters were very understanding in hearing the diagnosis. Initially, my stepchildren seemed more interested in whether it was genetic (one stepchild had a grandmother with dementia on their mother’s side). Our adult son was just there for us in every way: What can I do? Tell me more about it. How are you dad? How are you mom?

We need our family and friends more than ever. If we haven’t gotten in touch for a while, please reach out. We want to be included, to do things that make us feel normal and to connect with those who care about us, “no matter what”. We have many more things to take care of in a day, so please don’t interpret our not reaching out as not caring. If you can pick up the slack in terms of invitations or making suggestions, we can meet you halfway.

We are blessed to have such amazing support and love around us. So, I would say that although family members all have a different perspective, everyone is trying to be there for us in some way and offer compassion and support as they can.

The stigma related to dementia can be a subtle thing. I’m a manager where I work and most of the staff are in their 20’s and 30’s. They know about Leonard’s diagnosis and I’ve tried to help them understand a bit about it. But it’s difficult for them to not just write this off as an old person’s disease because at their age, anyone over 50 is pretty much done!

I also think that there is a dearth of information and support for those with early stage dementia, which can actually be the longest stage of an illness. So, when people think of dementia, they think of people not recognizing who you are, or babbling incoherently or shuffling outside a senior’s residence with a walker – which can resemble someone in the moderate to severe stages of dementia.

They don’t imagine my husband – doing pull-ups at the gym, charming our house guests at a dinner party or tending to his tomatoes in the garden – as having progressive, incurable dementia. In early stage Lewy body dementia, the symptoms can be subtle at times, obvious at other times and extremely inconsistent overall.

I believe the attitudes of the general public towards people living with dementia have changed little over the past few decades. However, because the baby boomers are experiencing more personal cases of dementia, this will begin to change.

I, as Leonard’s caregiver, but also as his love and wife of over 30 years, am in a constant state of anticipatory grief – for life’s expectations and hopes that we can no longer assume, for the deep loss of intimacy we are forced to adapt to, and for the strength needed to remember, for both of us, who we are as human beings and as a couple…no matter what life presents us with.

“In sickness and in health” – this is where we are and yet I wouldn’t want to be anywhere else in the world. Even when I feel scared, overwhelmed and, frankly, bewildered, I’m aware that I have never learned so much about life and spirituality and love as I have since my husband’s diagnosis, So, we’re not victims here.

Everyone eventually gets something on this earth to deal with, and our goal right now is to extend this early stage phase as long as possible – together.

Hello Naome, My darling husband also suffers (yes, really suffers) from Lewy body dementia with Parkinson's. We were both still working when the diagnosis was made. His symptoms were terrifying for us both. I have researched and advocated fiercely, fought with psychiatrists who are only interested in antipsychotic medication and sedation. Bruce has been hospitalized for 6 months and now for the past 10 month has been in a (transitional) Special Behavioural Support Unit, waiting a LTC place in our home town. I have some exciting news about a new treatment that may reverse dementia or at the very least improve cognition. Headset and nasal attachment (delivering LED, infrared gamma light) to be worn 20 minutes a day/6 days a week for 3 months. That's manageable and I believe Bruce would tolerate it, especially if I'm with him. Google VIELIGHT and give me your opinion please. I have asked the Alzheimer Society to do the same. It gives me HOPE, and hope and love gets me through each day.

In keeping with your usual profound and succinct wisdom and words-this testament is an amazing lesson in love, kindness and values. I want to share and support your journey through this maze as you know that I love both of you dearly. You have taught me so much with life lessons. You are remarkable people and sharing your heartaches is a very small price to pay for being included in your life

I so resonate with Naome and her story as my hubby has LBD also. He was also diagnosed in 2016. Many familiar parts of her story. Including the coworkers who don't know about the losses and health care providers who have a concept of all dementia is the same. I have the same thoughts and challenges. Glad you shared your story.

Thank you Naome for sharing your personal account. It is si necessary for people to understand this disease. Alot of people do not realize the extra time it takes to get things done etc. And the importance for their support. My ex husband has vascular detention.. he was 66 when he was diagnosed... 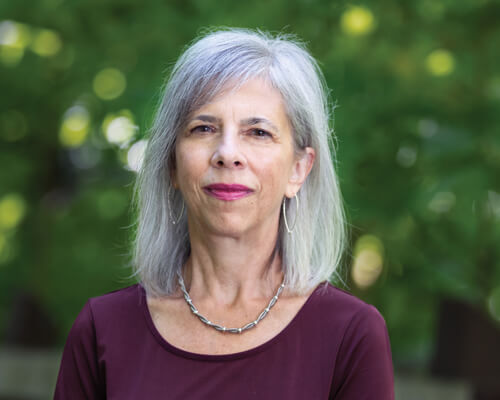